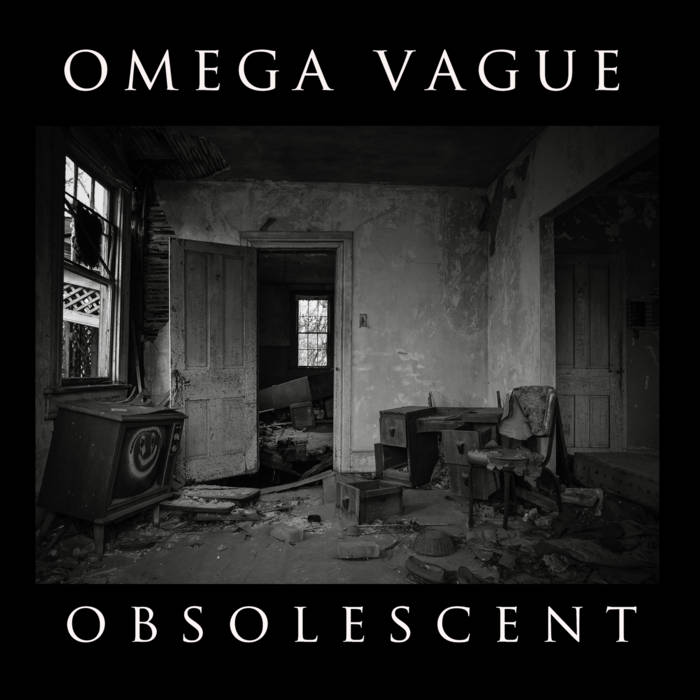 Omega Vague is an American ethereal rock project created by Craig Douglas in Hartford, CT. As its main producer, singer, songwriter, and instrumentalist, Douglas is the only official member of the group and remains solely responsible for its direction. Omega Vague’s music straddles a wide range of genres including, but not limited to, dream pop, shoegaze, darkwave, minimal ambient, and progressive rock influences. Douglas produced several records over the last 10 years that achieved widespread appreciation throughout the re-invigorated, global shoegaze and dream pop circuit.

"Obsolescent" is the fourth official release from Omega Vague. It was released on 6.26.16 at 12:01 am. It steps further outside the box of branded sub genre and into a vaporous mix of different sonic energies. Who this album will cater to is questionable.

"Over the last few years, Hartford’s Omega Vague has been a somewhat quietly proficient act. The “quiet” part needs to go away as it’s time for this highly underrated act to find a wider audience. Pulling from shoegaze, dream pop, and various progressive influences, Omega Vague writes music that stretches out across space and time, yet at its core retains a distinct pop edge to it. Obsolescent is one of the best records from an impressive catalog and holds your attention from start to finish." ~ The Metal Dad www.themetaldad.com (favorite Non-Metal Albums of 2016)
credits
released June 26, 2016

Benji B talks about his new compilation ‘Deviation Classics’