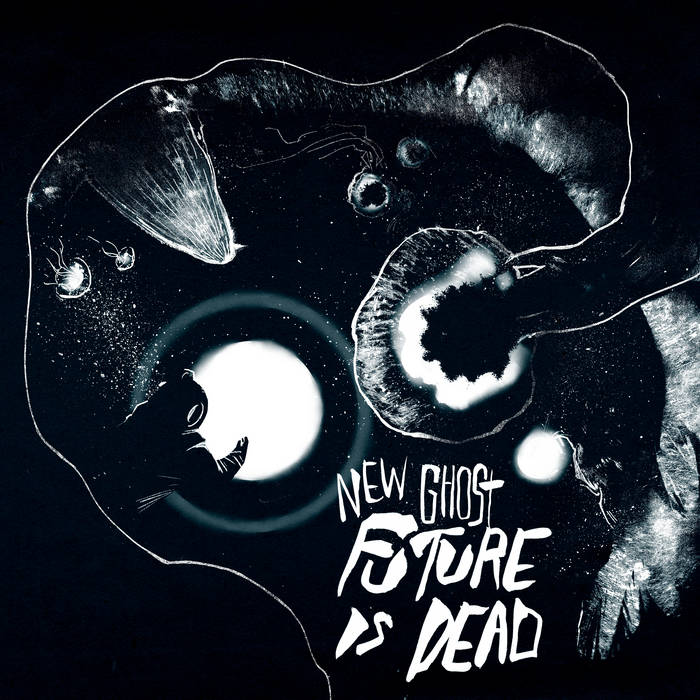 "FUTURE IS DEAD" is the new 3 track EP from Sheffield based art-rock band New Ghost. It was recorded, mixed and co-produced by Tom Henthorn (FIRESUITE - "YOU'RE AN OCEAN DEEP, MY BROTHER") at Ebb Tone Studios // Sheffield and mastered by Dean Honer (I MONSTER/MEW) at Bowling Green // Sheffield. It will be available digitally on July 3rd.

On this EP, NEW GHOST is

The video for "FOUNTAIN" can be found here -www.youtube.com/watch?v=yIKNzF_j2Ns

"There's a long line of EP's I've become obsessed with over the years, namely "The Secret Of Elena's Tomb" by Trail Of Dead, the "EP+6" collection by Mogwai, "Tremulant" by The Mars Volta and "Undersea" by The Antlers (to name a few), so the aim was to try and make something in the same vein as those. A tiny, intense world that you would live in for a very short period of time.

Albums are their own beast to wrestle, and I do love the rabbit holes you can fall down making them, but there is something freeing about writing and recording an EP. There's a definite throughline on "Future Is Dead" thematically, but it didn't need to have the same level of cohesion of sympathetic frequencies. Each moment here was intended to stand on its own and be presented as its own monument, each song its own complete meal.

It was exciting to once again get some of my favourite musicians in a room and delve deeper into what we could achieve. This is the first outing for Taz on drums (on record) for us, and the difference is startling really. We've been friends for many years, and I've been a huge fan of his and what he does with AWOOGA. He brings such a muscular approach to playing, and I think that this in particular is what really sets these recordings apart from the mini-album. He and Gareth LOCKED in immediately and that drove these songs forward, and coupled with what Caroline is able to bring to whatever she is involved with, that just elevated everything.

We really just wanted to cover as much ground as possible in the time we had. The intention was to just bring together three powerfully emotional songs, which we feel illustrate everything we do really well in a concise, dynamic way. There was little in the way of noodly experimentation (although there's some of that in the vaults), we just chose three of the strongest songs we had at that point, and really focused with Tom, on making three powerful moments. Each able to live and stand on their own."

Cannibal Corpse's George "Corpsegrinder" Fisher stops by for an interview